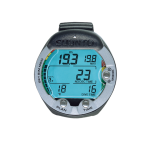 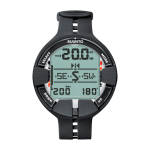 When I first got into diving I never had a computer, I just followed the dive leader. After a trip to Majorca with a good diving friend she recommended that I get a dive computer. Now I knew nothing about dive computers back then, honestly I only know a little more know, and I’d love to know how the algorithms work. So at her suggestion I got a Sunnto Vyper, well my parents bought it for my birthday.

So I started diving and I racked up a minimum of 131 dives on it, it is probably more as I started letting students use it when I was teaching them. However, it would never have gotten above 200 dives. Then unfortunately while I was doing an Open Water Dive 3 at the Lost Blue Hole it started reading shallow. One of the tasks I had planned to do with my student was compare the dive computers’ readings but there was a 4m difference between them. This did not seem right, I signalled to a friend who was diving at the site with us and I compared my computer (the Suunto D9tx) with his and we were only out by less than 0.2m so I knew then that the Vyper had a problem. I checked it on Open Water Dive 4 and it was still reading shallow. This meant that it would require servicing.

Luckily I had my new D9tx to keep my company on dives. That’s right, almost a year ago I bought the Suunto D9tx as I am hoping to do more tech diving, having a computer that was good for both tech and rec diving would be useful. I am not trimix trained, but the computer was invaluable when I was doing my cave course as I could easily switch gases underwater. I really like it as it has an electronic compass built in, the option of switching up to 8 different gases, and it is air integrated. That means using a transmitter I can log my air consumption on my dive computer, which is very useful. The only problem I have is that when diving in a cave (there is no ambient light) it is a little hard to read as the screen doesn’t automatically illuminate like some other dive computers.

It’s quite easy to do so, you just log the issue on their website. They send you emails with UPS labels and you can either have UPS come and collect them or you can take them to your local UPS facility. I received and email telling me that they had arrived at Suunto a couple of days later. The email stated:

Suunto Service Center has received your product. Estimated repair time is currently 8 business days.
In case the repair is not covered by warranty you will receive a cost estimation to this e-mail address.
We will send you a notification e-mail with shipment tracking number as soon as your product has been repaired and sent back.

I thought this was fair enough and waited for my invoice to arrive: as clearly my dive computer was out of warranty but the transmitter was still with it. Not knowing how much I would have to pay I braced myself for an expensive bill, but it never came

I am so pleased with the customer service from Suunto. This is a fantastic early Christmas present and I cannot wait to try out my new Vyper Air Black. I have always recommended Suunto to my students, several have purchased Vypers and D4is because of my recommendations and I know that I will continue to recommend them for the foreseeable future. Thanks Suunto for making my Christmas that much better.

2 responses to “Why I love Suunto dive computers”