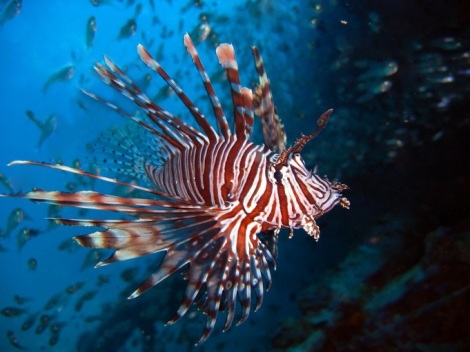 Venomous or poisonous? Do you know the difference?

Although these words seems to used interchangeably they actually have distinct meanings. Though through the degradation of the English language a lot of people seem to forget that those differences are important. So show off your book-smarts and say the correct thing with this handy guide to the differences between the two.

Pronounciation: vɛnəməs
(of an animal, especially a snake) secreting venom; capable of injecting venom by means of a bite or sting.

Pronounciation: ˈpɔɪzənəs
(of a substance or plant) causing or capable of causing death or illness if taken into the body.

A poisonous animal is one that if eaten or touched, they have no delivery method of the poison and rely solely on transference. The puffer fish (fugu in Japanese) is a delicacy but if prepared incorrectly can cause paralysis and eventually death. The golden poison frog (a dart frog from the Pacific Coast) secretes an alkaloid poison that can permeate human skin very quickly.

A venomous animal has a delivery system for the venom. For example: fangs, spines or stingers. Sea snakes, lionfish, and fire coral all have delivery systems that put the venom inside our bodies.

So now you know.

One response to “Venomous or Poisonous?”